May 22 Posted by Super User in Criminal Law 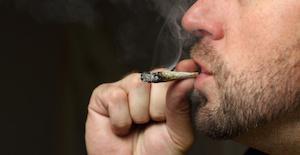 After getting through the Illinois House last month, legislation aimed at decriminalizing low-level marijuana possession passed the Senate this week. The bill's sponsors, however, have indicated that the measure is not ready to be sent to the governor's desk just yet, as some details in the application of the intended law must still be worked out. Under current Illinois law, the possession of small amounts of marijuana can result in criminal charges, with potential penalties of up to $2,500 and a year in prison. The new legislation would change the consequences of possessing up to 15 grams of cannabis to an offense similar to a traffic violation. It would be treated as a non-criminal offense and carry a fine of up to $125 with no arrests or formal prosecution.

Despite his personal beliefs about the use of marijuana, one of the bill's sponsors in the Senate, Michael Noland, D-Elgin, said that people's lives should not be ruined because of it. “It's wrong,” he said, “and I would encourage the children of this state and my own children to abstain from the use of the substance, but people do use this, and it should not be something that ruins social lives and professional lives as well.” Other proponents of the measure point to overcrowded prisons and court system backlogs. Decriminalization is seen as one way to address some of those problems.

In addition to decriminalizing possession, the measure also looks to change the state's law regarding zero-tolerance for driving with marijuana in one's system. Instead, a blood-concentration limit has been proposed that compensates for the findings of federal studies showing that the effects of marijuana typically wear off long before traces of the drug completely leave the body. The bill's sponsors say that cleanup language regarding certain details must be approved before it can be sent to Governor Bruce Rauner for approval. The governor, however, has been skeptical in regard to legislation involving marijuana and his signing of the measure is uncertain. If he does sign it, Illinois will become the 18th state to decriminalize low-level marijuana possession. As the debate in Springfield continues, possession of marijuana or other drugs remains illegal in Illinois. If you are facing charges related to drug possession, you need a lawyer who will fight to protect your rights. Contact an experienced Joliet criminal defense attorney today to schedule your free consultation. We will work with you to answer your questions and help you understand your options under the law.
Tags: decriminalization, Illinois law, Illinois Senate, Joliet Criminal Defense Attorneys, marijuana, marijuana decriminalization, marijuana possession